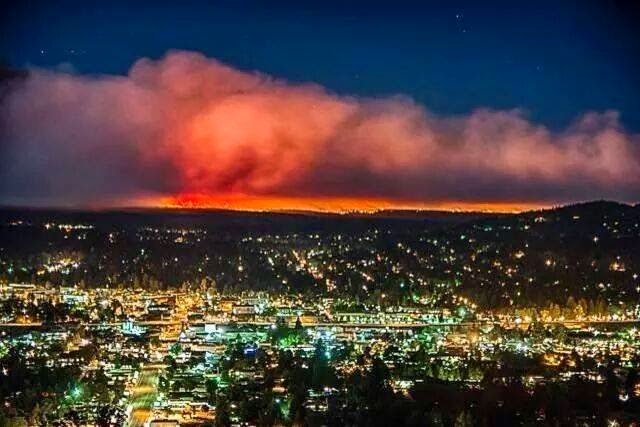 Photo of the Two Bulls Fire this week in Bend, OR.  This is eerily similar to photos of the Awbrey Hall Fire in 1990….almost the same location – just west of town, threatening homes and prompting evacuations.  When asked what the difference is between then and now, Bend Fire Chief Larry Langston said, “we’ve learned a lot since then…not just how to fight fires smarter, but how to work better together”.   Well said Chief.

The Two Bulls Fire started on private industrial timberlands and made a 6 mile run its first day, dipping into the Deschutes National Forest.  The fire fight has been extremely successful due in no small part to the collaborative approach of a Unified Command comprised of Oregon Department of Forestry, Oregon State Fire Marshals Office and the Deschutes National Forest.